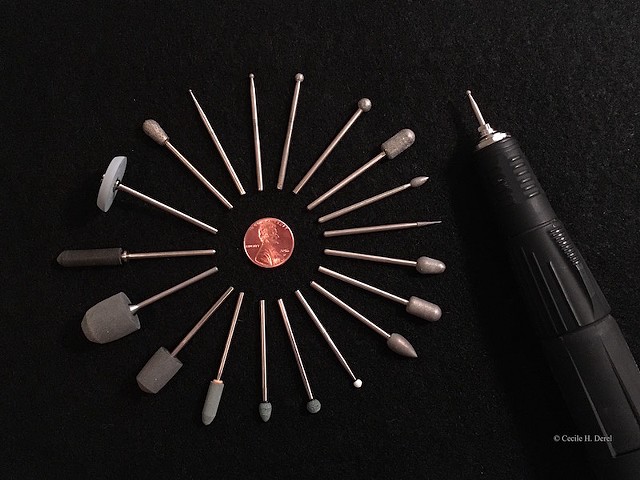 The particular technique of glass engraving I use is called drill engraving. I utilize a handheld rotary drill and small diamond burs to carve images into the glass.

Using water as both a lubricant and a coolant, the image is carved into the glass with diamond burs of various sizes, shapes and grits. The depth is then established, the edges of the engraving are smoothed out and details are added. Shading and polishing are created with the use of stone burs, rubber burs and diamond polishing pastes. The way the light is captured by the depth of the engraving, combined with the use of the various diamond grits and polishing tools is what produces the final mesmerizing effects of a glass engraving.